The Japanese have a fascinating culture, here’s some info about Japanese Ainu Folktalkes, The Akita dog, and Reiki Healing

The Ainu are an Shaman ethnic minority in Japan, living primarily on the northernmost Japanese island of Hokkaido. The Ainu are said to be descended from the aboriginal inhabitants of Japan. Ainu literature was traditionally of an exclusively oral variety, and very little was reduced to writing in any language before the 19th century. I picked these two stories as they are rather charming – for more please visit http://www.sacred-texts.com/shi/aft/index.htm

Thinking of getting an Akita? These gorgeous dogs can be heaven or hell as pets. Avoid these mistakes and your akita will be a dream dog.

The Akita Inu is a dog who was of royal decent in the old feudal Japan. Fuedal Lords and even the Shogun owned Akita Inus as guard dogs and hunting mates. They are fearless and cunning and seldom bark. They have a classical Japanese temperament – quiet, thoughtful and honorable.

Everything you need to know about the Akita. 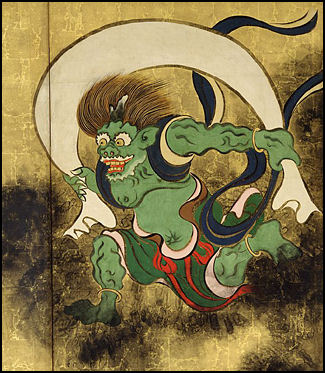 The Loves of the Thunder-Gods.

This accounts for the fact that, whenever there is a thunder storm, fleas jump out of all sorts of places where there were none to be seen before.—(Written down from memory. Told by Ishanashte, 27th November, 1886.)

“Formerly dogs could speak. Now they cannot. The reason is that a dog, belonging to a certain man a long time ago, inveighed his master into the forest under the pretext of showing him game, and there caused him to be devoured by a bear. Then the dog went home to his master’s widow, and lied to her, saying: “My master has been killed by a bear. But when he was dying he commanded me to tell you to marry me in his stead.” The widow knew that the dog was lying. But he kept on urging her to marry him. So at last, in her grief and rage, she threw a handful of dust into his open mouth. This made him unable to speak any more, and therefore no dogs can speak even to this very day”.—(Written down from memory. Told by Ishanashte, 29th November. 1886.)

The story above makes even more sense when we think of the Japanese Akita dogs. They can bark, but very seldom choose to do so and if they do it is usually just one bark. Antother random japanese dog fact – in English we say that dogs go bark bark, or woof woof, but in Japan dogs go ‘wan-wan’ and cats go nya-nya!

For more Akita pictures and everything you need to know about these gorgeous dogs, read this!

Reiki is a Japanese word meaning Universal Life Energy (Ri is universal and Ki is Life Energy). It is a vital force that flows through everything and can be activated for a powerful form of healing called Reiki. Reiki is not a faith system and does not require you to believe in any religion or gods. The reiki therapist channels the life energy of Life Force through his or her hands into the person’s body, thereby enhancing the body’s own ability to heal itself. Reiki works on all levels of a person’s being thereby treating the cause as well as the symptoms, and so is a holistic method of healing, unlike most western medicine. All illness and dis-ease comes about as a result of the natural flow of the Energy force being impaired in some way. When the Energy flows correctly it is much easier to take up the task of living life, as we would desire. Attitudes change, tiredness recedes and our goals no longer seem impossible or far away.

I recently completely level 1 reiki training, and it has really helped me to stay healthy and calm (I’ve still got a long way to go but it does help!). Even if you are not a reiki healer you can benefit from Reiki Jewellery, Reiki Music and Meditations.

One thought on “A bit about Japanese Culture – Reiki, Akitas & Ainu Folktales”