Keeping an open mind, but deciding for yourself

I recently got into a bit of an argument with a forum owner who I shall not name, that posted some healing and psychic art (using radionics, something I know only a little about).
I stared at the picture as directed and it did not have much effect, except that I felt a little sick, so I noted this on the forum, and asked if perhaps I was doing something wrong.

Unfortunately the forum owner got very defensive for some reason, and named me as a skeptic, which is rather ironic since I am a practising Pagan, healer and diviner among other things, own a Wiccan and Pagan shop, and have a team of psychics!

I responded politely saying that I was a little skeptical, but also open minded and ready to be shown differently, and pointed out the value of a little bit of scepticism.  He took offence and tried to start a flame war with me which was shocking to me, firstly as the forum purports to be about healing and I was very upset by the interaction, and secondly, being a very peaceful and also diplomatic person, I have never had that reaction before!

Anyway the reason I bring this up is because sometimes when I talk with friends who are not into alternative and spiritual practices such as myself, they assume that I believe everything I hear without questioning.  Actually I am quite a sceptical person, (but I’m not a sceptic which means something different!) and so when looking into a new practice (eg tarot card readings, astral travelling, seeing auras, reiki healing) I do keep an open mind, but won’t totally believe it until I’ve seen the results for myself. (which I have for all those things). 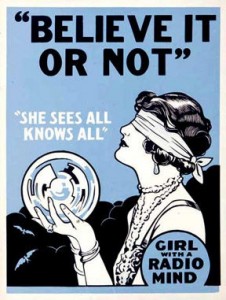 That doesn’t mean that I think that just because something doesn’t work for me, it doesn’t work for anyone, but the point I’m trying to make is it is good to be a little sceptical, as long as you can keep enough of an open mind to give things a fair chance.

Don’t just accept what anyone says, (including me!) listen carefully and have an open mind, try it for yourself and then decide!!  Most psychics usually are quite sceptical people, that’s how you know when something really works!

I’m currently learning Pendulum dowsing from Sig Lonegren and his pendulum diving kit (highly recommended!) and he sums it up nicely, under a chapter called ‘Think for yourself’

“In order to think for yourself, you must first be able to listen to others, then make up your own mind to the validity of what you have heard.  I am open to what you have to say, but ultimately I’ll make up my own mind, thank you.”

What are your thoughts? Have you been called a skeptic? Do your friends think you believe in everything and anything?  Do you think some scepticism is healthy or not?

One thought on “Skepticism and Alternative, Spiritual and Divination Practices”